REDEFINING GAUTENG - ONE PROJECT AT A TIME

The City of Joburg applied to the Neighbourhood Development Partnership Grant (NDPG), administered by the National Treasury, for funding for Stretford and was allocated R6,7-million in 2008/09 to construct the Ridge Walk, a pedestrian way that links a densely populated neighbourhood in Orange Farm to Stretford Station.

The Ridge Walk is flanked by lights, spaces with seating and art work produced by local artists, and at the crest of the ridge there is a park with children’s play equipment and a small amphitheatre for community events. It has had a significant effect on quality of life in Stretford, and has improved the commuter experience for countless people who previously had to make their way along a dark, rocky and dangerous path up the hillside.

In 2009/10, the JDA spent a further R10,2-million on public environment upgrades to consolidate the link between the Ridge Walk and the station, and on the first phase of stormwater infrastructure in the Stretford Station precinct, including the construction of an attenuation pond.

The main 2010/11 project is the completion of the storm water upgrade, which will consist of the following components:

The scope of work for the public environment upgrading portion of the project is still to be defined, once agreement has been reached with the relevant City of Joburg departments and entities. 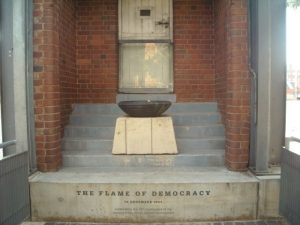 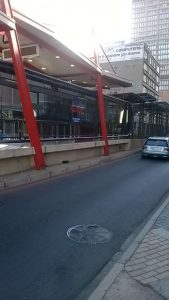 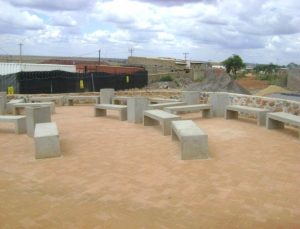